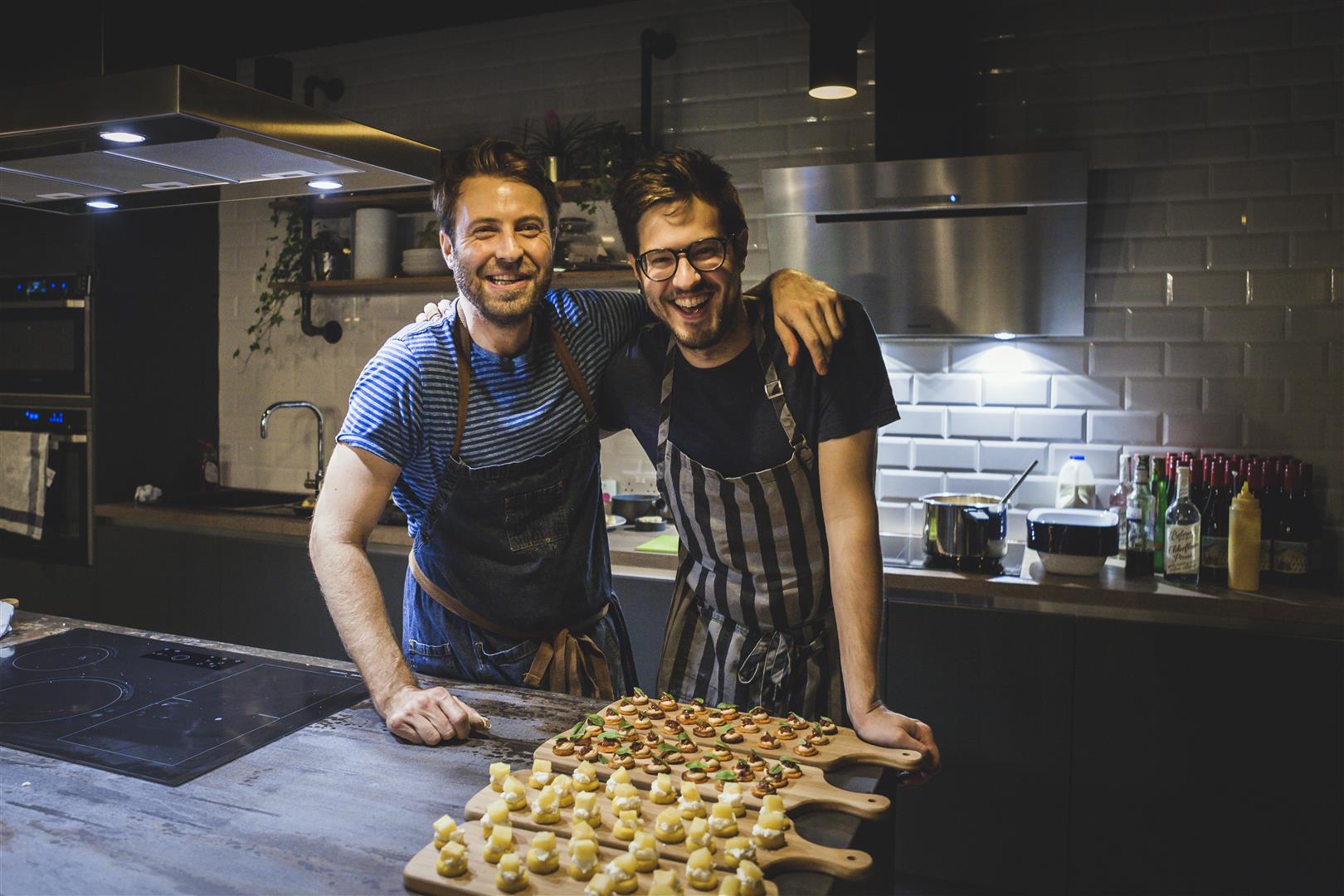 Nearly 35 Quintain Living resident foodies came along to join in the fun, sitting down to a specially prepared three course meal with a few surprises, including a welcome cocktail, canapes and petit fours. All free and on us. The Supperclub was hosted in our brand spanking new Residents’ Kitchen in Alto, which can be used by residents anytime or hired out for private events. It was fantastic watching the MasterChef duo work and a couple of residents were so inspired they’ve hired the kitchen out to host their own dinner party. 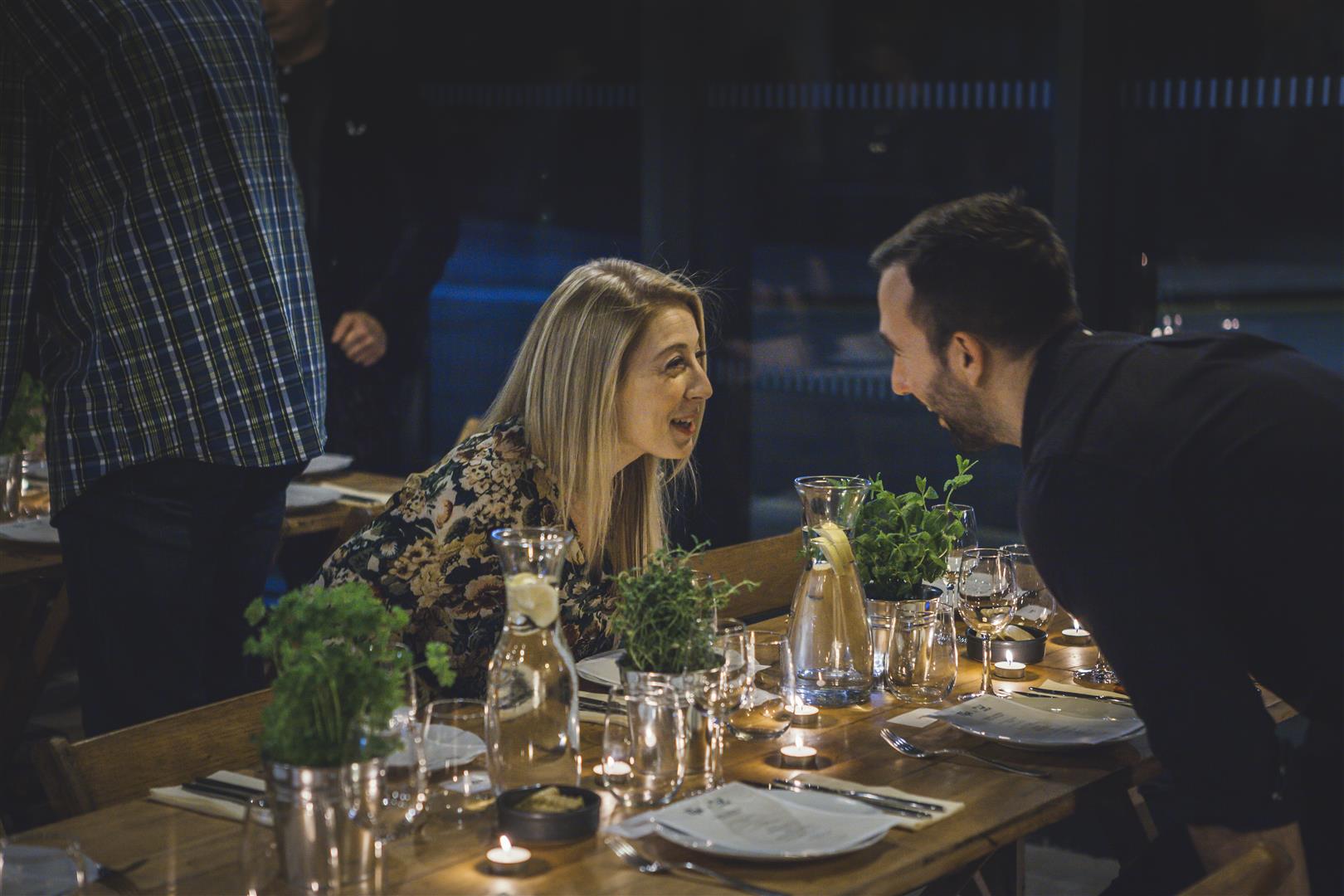 We designed the menu with Billy & Jack to be about “homely” comfort food classics with a twist. The starter was a quirky twist on cauliflower cheese, with spiced roast cauliflower, apple, cheddar and velouté (yes, it was as amazing as it sounds), but personally Billy & Jack had me at “roast potatoes with blue cheese sauce.” I’m also reliably told several people went back for seconds of the baked toffee apple crumble, and I can understand why – it was delicious!

Also, it wouldn’t be a Quintain Living social without some ticket giveaways. A number of lucky residents won tickets to Weezer and The MTV Music Awards at the SSE Arena, Wembley, as well as a signed cook book by Billy and Jack themselves and also tickets to see Spurs at Wembley Stadium.

Leyla from The Cutlery Chronicles, a hugely popular food blog, also popped in for the evening as well and you can just click here to see what she had to say.

The night was so much fun – seriously tasty food, great drink and the best of company! So much so a number of residents (armed with a bottle of wine or two) made their way over to the Alto Residents’ Lounge and kept the night going for a bit longer. 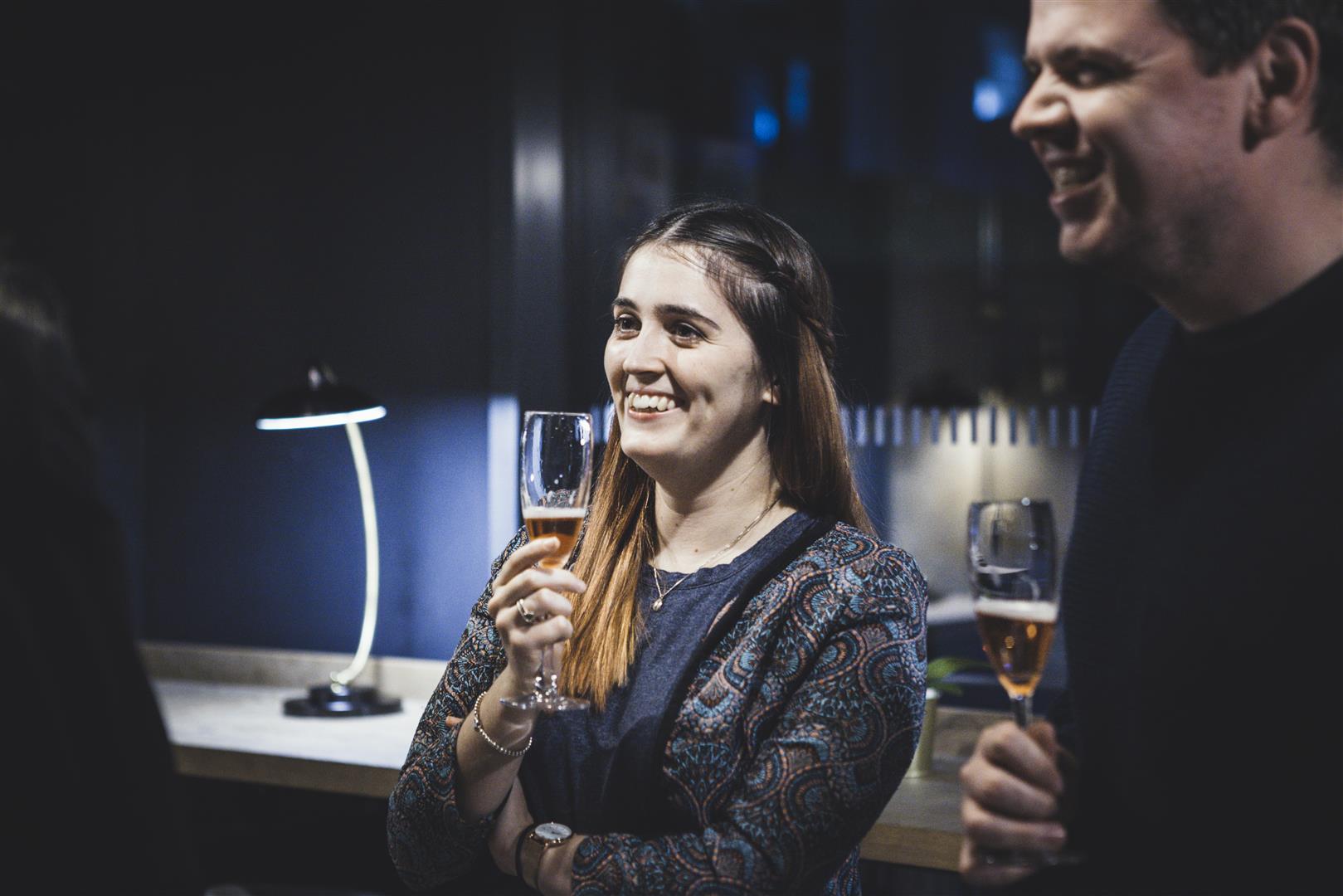 You’ll be excited to know that you don’t have to wait long for the next Resident Social, as up next we’re hosting a Firework Night extravaganza on Alto’s roof terrace. On Sat 4 November residents will get the best seat in the house for the Wembley Park Fireworks Display, as well as many of the other displays across the London skyline. Want to join in the party? Just email dillon@tipi.london with your name, apartment number and number of tickets needed.

Living in an apartment and being a gardening enthusiast was once a difficult combination, dry environments are not exactly the most ideal for those looking to turn their living room into a makeshift greenhouse.

Covid-19 has put a stop to many things this year. But one thing still very much on the calendar is International Women’s Day and we are delighted to celebrate this event virtually with our Quintain Living Family. Let's #ChooseToChallenge.

From the direct French translation of ‘Concrete’ (and frankly it sounds that bit cooler) Beton boasts clean lines, exposed concrete and a distinct palette that makes it the understated über stylish choice.

Why my puppy is
my lockdown hero

A pet isn't for lockdown, it's for life. But lockdown helped our resident Lucy McSwiggan make this life-changing choice and getting her Yorkie, Ruby Ru, was the best decision she has made so far.

Love is
in the air

Love is in the air this Valentine’s Day – and it certainly was at Canada Gardens when Oyihoma arranged a secret proposal and photoshoot for his now fiancée Vanessa on the building’s 26th floor roof terrace.

As we can't all come together to mark LGBT+ History Month, we are bringing LGBT+ History Month to you. Celebrating this year’s theme of ‘Body, Mind, Spirit’ we have selected a variety of podcasts, talks and film recommendations to enjoy from the comfort of your own home.

Pets in Apartments:
Looking After Your Pet

Owning a pet is a big responsibility, but also a rewarding one offering so many moments of joy.

Indoor plants are a great way to add colour to your home. Discover eight of the most popular pet friendly indoor plants that aren’t toxic to cats or dogs.

You might be a pro on video calls and you’ve probably watched Tiger King on Netflix more times than you care to admit. But as restrictions around the UK continue, we imagine you’re running low on things to do in lockdown.

On any studio to 4 beds apartment. Limited time offer.
FIND A HOME
*Terms and conditions apply